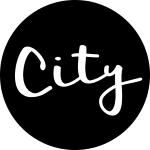 Why restrict sex to marriage? Why forbid pornography? Why condemn lust? Don’t these rules, and others like them, just serve to stir up oppressive feelings of guilt and shame under inevitable sexual urges? Why can’t the Church let this go?

These sorts of questions are commonplace amongst sceptics. The Christian attitude towards sex seems regressive considering our current culture – unnecessary at best and dangerous at worst. However, I suggest that Christian sexual ethics are better for us than the sexual ethics our culture provides.

Christianity gives us a picture of sex that is far more uplifting than anything society could ever come up with. To come to this picture, let’s look at just one of the most common questions in this area: Why restrict sex to marriage?

As a thank you, we'll send you a free Bible reading plan.

Why restrict sex to marriage?

The first thing to realise is that the veneration of sexual freedom in Western society is based on a cultural bias.

We esteem expressive individualism as one of the greatest goods, believing that we should be free to make whatever decisions we want so long as no one is harmed by our decisions. Opinion news media pieces about sex reflect this with statements to the tune of, “I decide how and when and with whom I have sex. It’s my body. It’s my sexuality. I decide how I explore that.”

At first glance, this seems unquestionable. No-one should be able to curtail my freedom to explore my sexuality in whatever ways I want to.

However, when you think about it, it is not self-evident why this should be the case. After all, we choose to sacrifice freedoms in many areas of life.

There is nothing regressive about these suspensions of freedom. They are good sacrifices. Sometimes, we lay down our freedom in pursuit or something greater. The question is, then: Is it possible that there is something greater for which we might give up sexual freedom?

Is it possible that there is something greater for which we might give up sexual freedom?

This question strikes to the heart of the Christian teaching on sex. Exploring it leads us to the conclusion that absolute sexual freedom is worth sacrificing. Not because sex is dirty and demeaning, but because the intimacy of sex within marriage is so much greater.

However, consider what sex does in marriage – what it communicates and what it represents.

In 1 Corinthians 6, the apostle Paul, writing to a church struggling with certain sexual behaviours, explains that, when two people have sex, they become “one flesh”. This itself is a reference to Genesis 2:24, which describes the relationship between a husband and a wife, implying not only physical oneness, but also emotional, spiritual, and even legal oneness.

In short, sex expresses and represents oneness and commitment. It is used to strengthen the relational bond of a couple. In the words of American pastor Tim Keller, it must not be used to say to another person anything less than, “I belong permanently, exclusively, and completely to you.”

One of the great joys of this view of sex is that it removes much of the pressure to perform or impress. Sex is no longer consumeristic, where sexual partners are constantly trying to live up to the other’s expectations. Instead, the closeness experienced during sex may be actually enjoyed, without pride or shame getting in the way.

I suspect that many sceptical readers will be sympathetic to this view. After all, for many of those who are non-religious, sex is also a deeply joining act.

This is what makes sex so grand within a Christian worldview. This is why the Christian understanding of sex is better than our culture’s.

When a husband and wife engage in sexual intimacy, they are representing to each other the openness and closeness of Christ and the Church. Sex says, “I commit once again to love and cherish you just as Christ loves the Church and gave his life up for her.” Sex cannot say this outside of marriage.

To have sex outside of marriage is to use it to say something other than what it was designed to say.